There are more and more e-sports fans and it seemed incredible to think, at least a few years ago, that users could enjoy both playing video games and watching them on television. E-sports are electronic sports where users engage in an online confrontation in a video game. It is a new way of professionalizing a sector, which, until recently, was only understood as leisure.

The e-sports of today and tomorrow

However, today, e-sports are becoming more and more important and, therefore, are attracting the attention of more users and also companies, not only those of technology as might be expected but already there are all kinds of sponsors, from clothes to drinks. Specialized internet portals such as e-sport. tech offers a broad tour of this world, offering the most interesting news in the sector, as well as a series of tips for those who want to get started.

E-sport, the sport of tomorrow

Being a professional e-sport player is not an easy task. In this way, we do not have to make the mistake of confusing an e-sport professional with an ordinary video game player. The reason is quite simple, in addition to being paid to play, the professional competes in prestigious tournaments, which move a large amount of money.

Faced with this expectation, becoming a professional e-sport player is a dream pursued by many video game lovers and as the task is far from easy, there are even careers and masters that offer a degree and the necessary knowledge to become in a professional of this genre.

E-sport, the sport of tomorrow

An important aspect to keep in mind is that being a professional e-sport player is quite different from being a video game addict. Confusing these two terms is quite common among people outside the sector and it is important to differentiate what is the hobby of the profession. An e-sport professional practically dedicates all of his hours to the same video game, to which he dedicates himself professionally and beyond enjoying it, he tries to handle it with ease and then be able to offer maximum performance when he is competing in it.

There are many video games where we can find professional e-sport players, some of the best known are League of Legends, CS: GO, Starcraft 2, Fortnite, Overwatch, Call of Duty, Fifa … games that despite being within reach of anyone, they are dominated to the maximum by a few.

In short, the world of e-sports logo is evolving with every step it takes and where a few years ago, there were few users who followed these players, today they have become millions and many of the broadcasts of the games, have managed to surpass in the audience to very important television events, movies and television series. Be that as it may, this market will have to be closely followed, as it has a very interesting future. And if you want to learn, you can always follow tutorials like the ones you will see on YouTube or Tokyvideo 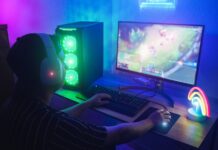 What Is Weddle Unblocked? 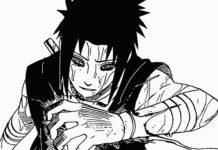 It’s All About (The) SASUKE MANGA PFP

Where to sell your video games?