Quality of life is a set of objective and subjective factors. A little bit we have to seek happiness through thoughts, lifestyles and behaviours, but certainly, the environment in which we live affects our choices. To improve personal satisfaction, living in more liveable places is a good starting point. What are the characteristics of the cities where you live best in Italy and in the world?

Yes, you might think that the countries with the highest quality of life are also the richest ones. Indeed, GDP, gross domestic product, measures the economic and social progress of nations, but the idea of modern happiness goes beyond wealth and making money. Economists and politicians are also looking for alternatives to money: what recipe should new urban centres apply to truly improve people’s lives?

When it comes to defining the concept of quality of life, not all citizens have the same priorities and it is not necessarily the case that citizens are happier in more liveable cities. Personal satisfaction can be independent of where we live and depend on personal choices, ideas and attitudes. What we concretely do every day counts, but there is also a general attitude to have experiences that make us live better.

The quality of life has to do with the pursuit of happiness in which psychological aspects such as the strength of character and resilience are intertwined. It is about the ability to cope with difficulties, always finding the positive aspects of things and accepting yourself for who you are. But living well also means feeling part of something greater than our personal interests. Therefore, the set of opportunities, meetings and relationships that the place we live in is very important.

In addition to the classic social aspects, the most liveable cities must in some way also integrate with technological and network changes in every social, cultural and economic sphere. The risk of virtual life based on big data and artificial intelligence is self-sufficiency that makes things and people lose value as beings that occupy a space.

When speed takes the place of insight, visibility takes the place of relationships. Whether it’s making music, writing, producing innovative ideas or products, existence today also depends on the number of clicks and followers who have messages and images: with what influence on the places where we live? Establishing new relationships between man, technology and the environment is the basis of every political, industrial and financial idea for the search for a new urban and economic development.

Harvard University has developed an inter-disciplinary study to understand the mechanisms that determine people’s psychological well-being. The aim is to experiment in the field with all the various social and medical disciplines to have a broad and detailed vision and find solutions to be proposed to the entire world population. The world of work is a theme that concentrates on many dynamics of social life and influences people’s health with positive and negative aspects.

Wealth, poverty and insecurity affect life expectancy, but that’s not all. Some time ago the British government’s Office for National Statistics asked ten questions about happiness to its subjects, while the United Nations itself created a world day of happiness to look for how to learn to get better regardless of the money earned.

Happiness is a difficult mystery to define, it draws on multiple thoughts, relationships and projects. What is certain is that everyone seeks physical and mental well-being in different ways that can be reworked to create models that can be exported all over the world. The cornerstones of quality of life are taking care of others, important friendships, taking care of your body and being aware. Be curious to learn new things, develop passions and have goals in the future.

Measuring the quality of life

The quality of life can also be measured starting from the real conditions of life of people. The OECD (Organization for Economic Cooperation and Development) has been studying new indicators for some years to have a less cold measure of GDP in assessing the material conditions and quality of life of populations. The study called the Better Life Index includes factors such as housing, income, employment, social relationships, education, environment, civic engagement, health, satisfaction, safety, and work-life balance.

In countries where the quality of life is higher, do you really live better and there is greater personal satisfaction and happiness? Despite the

perception of what well-being changes in every country, in general, the cities where you live best excel in terms of education, health, safety, leisure, income distribution and obviously attention to the environment and sustainability issues.

The most satisfied citizens are those of countries such as Switzerland, Norway and Sweden. As often happens in these rankings, Italy navigates at the bottom of the rankings at the Life Satisfaction level. Why? Happiness or subjective well-being are measured on the basis of positive experiences, such as pride in accomplishment, and depends on the absence of negative experiences such as worry or sadness.

Quality of life in the world

There are areas of the world that face enormous problems of security, crime and social stability, not to mention educational standards, media availability, censorship and restrictions on personal freedom. Other populations have medical and health problems or poor availability of electricity, water, public transport or food. Yet the personal satisfaction of citizens can be very different even with the same average income received.

Having good social support and having confidence in the efficiency of institutions seems to make a difference, raising the degree of perceived and affective well-being. The Danish model integrates green policies and attention to health into the package for happiness: Copenhagen is one of the healthiest cities in the world. The habit of using the bicycle every day away from smog and traffic, the consumption of healthy food and health information has created awareness and above all educated citizens.

Northern European countries are always at the top of the quality of life rankings. You live better where there are courses on natural nutrition, smoke, alcohol are fought and public opinion is raised and involved starting from schools. Free medical assistance and sports facilities within everyone’s reach in the many green areas of the city are an important investment. We lucky Westerners when we think about the quality of life we ​​consider work, culture, lifestyles, models we want to follow and what we decide to do with our free time.

Countries where you live better

Every year dozens of countries join an initiative to understand the quality of life of nations. The World Happiness Report considers parameters such as life expectancy, freedom, social support and income as the main indicators of well-being. Attention to the environment, social and gender equity are fundamental aspects that contribute to raising the level of acceptance. Finland, Denmark, Switzerland, Iceland and the Netherlands lead the ranking by exchanging the first places in the various editions that have followed one another over the years.

Italy up to 2020 was in 28th place in the ranking, while Venezuela is among the last. Our satisfaction also depends on the masters we choose in a more or less conscious way. As far as we are concerned, perhaps it would be good to take a look at the last twenty or thirty years of Italian politics. It is not excluded that if the collective imagination of a nation is formed through Drive-in, even the ‘Life Satisfaction’ can be affected in the long run.

Metropolises are increasingly densely populated as a centre of activity, trade, exchanges of goods, products, services and ideas, but which cities are the most liveable? The Mercier consulting firm recently compiled a ranking of the quality of life in the large European and world metropolises. On the top step are many European cities: Vienna in Austria, followed by Zurich, Auckland, Munich, Vancouver, Dusseldorf, Frankfurt, Geneva, Copenhagen and Basel.

These are the general results, while for individual items there may be surprises. For example, Milan is the last in safety, while some provinces in the north-central such as Udine, Prato and Rimini suffer from social hardship. As for the quality of the health system, on the other hand, there are Isernia, Ancona Catanzaro and Terni at the top.

City on a human scale

Increase the quality of life of citizens? Returning the spaces to the inhabitants of the peripheral areas where urban greenery must take the place of abandoned areas and pedestrian areas for cars. Squares and streets must once again be the nerve center of life to rebuild neighbourhoods on a human scale capable of expressing a sense of community that the pandemic has caused to lose.

To redesign the cities of the future, it is not enough to talk about urban decoration or to put two flowers in a roundabout. Non-places become beautiful not with architecture or design but above all when they are experienced by citizens. Residents, traders, neighbourhood associations must be involved in projects that are able to bring the mental and physical well-being of man back to the centre.

People’s quality of life and energy transition are closely linked in the short and long term. If 6.5 billion people will live in large cities by 2050, producing 80% of global GDP and consuming 75% of the world’s total energy, environmental sustainability is one of the cornerstones around which to build the metropolises of the future. Some virtuous examples are emerging almost everywhere in Europe.

To reduce emissions, Hamburg will only use electric vehicles in public transport and the new buildings will have to be designed with zero emissions. London has announced that by 2030 it will only use renewable energy to power the subway, while Paris wants to cut emissions by half by the same date. To improve air quality, mayors across Europe are committed to implementing sustainable mobility by building new cycle paths and limiting the circulation of cars in historic centres.

Most honest cities in the world

To finish this article on liveability and quality of life in urban centres, an interesting social experiment was carried out on the most honest cities in the world. Is honesty a trait that makes you live better? To find out, Readers Digest pretended to lose the wallet in various places around the world, in the hope that the rightful owner would be contacted, or that it would be returned to the authorities intact and complete with money and documents. In the test, 192 wallets were falsely lost, of which 90 (47%) were returned. 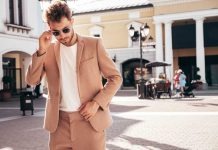 Understanding The Science Behind Looking Your Best: Men’s Fashion, Grooming And Lifestyle Tips 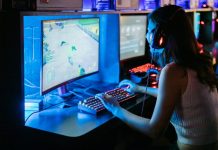