Due to global warming, in Himalaya’s high mountain regions, millions of indigenous people have to face the direct consequences of glacial melts. As a result of deforestation in the Amazon, a lot of carbon is released into the atmosphere. Forest fragmentation, drought, fire, and other natural disasters in the Amazon region have a huge impact on the livelihoods of the native dwellers. Global warming, increased wind speeds, and expansion of deserts have a detrimental effect on water supply, vegetation, and traditional cattle farming practices. Indigenous people of the Kalahari Desert now have to depend on the Government’s aid for their survival. Because of weather change, in the Arctic region number of seals, polar bears, reindeers have reduced a lot. Indigenous people in that region hunt those animals for food. Reduction in the number of those animals resulted in the loss of food security for those people.

Climate Activism on The Part of Indigenous People

Nature conservation is not possible without the assistance of indigenous people. Indigenous people are the children of nature. Due to their proximity to nature, those people have traditional knowledge of coping with climate changes and natural disasters. Those people play a significant role in conserving the biodiversity of forests. They protect other natural resources also. Indigenous people may not have a formal education, but knowingly or unknowingly, they engage in environmental activism in their own creative ways.

In Vietnam, local people are planting mangroves across the seacoast in an attempt to diffuse storm waves. In Bangladesh, local communities have made floating farms in the districts of Barisal, Gopalganj, and Pirojpur to protect their grains and vegetables from flooding. In North America, the lands of tribal people are being used as a significant resource for renewable energy. Renewable energy replaces energy derived from fossil fuels and reduces greenhouse gas emissions. Thus, indigenous people of several countries are fighting against the effects of climate change.

Without any support or recognition, indigenous people are doing their best to save the planet for their survival and their love for nature as well. But they lack the technical capacity and financial resources. For nature conservation, it is crucial to utilize strategies like land-use planning, disaster preparation, climate project fundraising, etc. national and international plans are needed for long-term sustainable development. Along with indigenous people, non-indigenous should also come forward to make the mission successful.

Nowadays, the governments of different countries with several non-governmental organizations are funding climate projects. More financial assistance in the form of aid, grants, and loans is needed to save the environment of our planet. In India, environmental research programs such as National Natural Resources Management System (NNRMS), Man and Biosphere Reserves, Ecosystems Research Scheme, Environmental Research Program are supported by the Ministry of Environment and Forests. The Government of all nations should take care of the forests, wildlife, and well-being of indigenous people. Rules and regulations should be implemented to protect indigenous land rights.

Countries like Australia, Canada, the United Kingdom, etc., have started supporting and funding indigenous people and protecting their territorial rights. In many countries, indigenous people are now managing the local area in collaboration with the regional government. 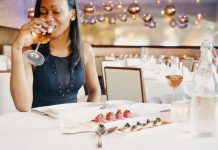 The Rebel Chick’s Guide To Living The Miami Lifestyle 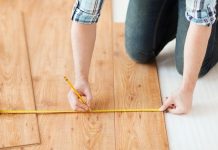