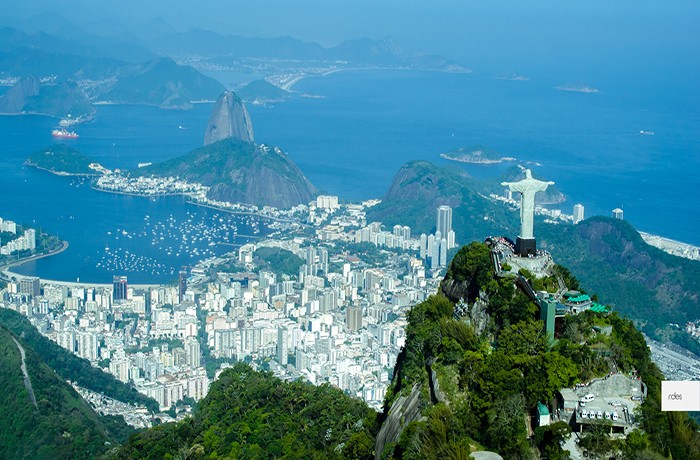 In Latin America, a great technological ecosystem is developing, led by a group of visionary players. Seed capital investment grew from $ 500 million to $ 1.1 trillion between 2016 and 2017 — and during the first quarter of 2018, technology investment reached $ 700 million.

The growth of accelerators founded by the government, regulatory changes, and new initiatives to promote Latin American entrepreneurship has been great facilitators in this transformation. The technology ecosystem in Latin America is approaching a great inflection point, and an important step will be to build businesses that are leveraged in the use of data and in the understanding of the growing middle class.

It is projected that, by 2020, the Latin American middle class will comprise 400 million people (43% of the population), and this part of the population will represent a total consumption of 5 trillion dollars, with a cellular penetration of 80%. These fascinating numbers were not long ago the foundations of innovative China we know today. Latin America’s socio-economic structure is increasingly resembling that of China — a China that exploded just a decade ago and has become a world benchmark in technology.

The revolution of the technological ecosystem in China

The Chinese company Meituan Dianping is a clear example of disruption. Chinese entrepreneur Wang Xing founded Meituan in Beijing in 2010 and began as a secondary market for buying and selling second-hand products at discounted prices. In 2015, Meituan acquired Dianping as a strategic move to access the high-frequency service sector and reach the consumer effectively with fast food delivery services. In this way, the company positioned itself in the “life services” sector, offering the delivery of food, clothing, and entertainment on a single platform.

In just four years, Meituan Dianping was able to capture 62% of the food delivery market in China and Latin America become a leader in online-to-offline services. The company invested large amounts of capital in AI and automated delivery technologies to reach consumers quickly and efficiently and earn the loyalty of all of its consumers.

The main methodology to reach the Chinese of the middle class was to create platforms in which the user could purchase all their daily and frequent products in one place. This type of ecosystem exposed investors to a large number of interlocking sectors and gave them unique insight into how various industries can coexist to build a continuous and effective platform.

As e-commerce, “life services”, and other consumer-focused sectors developed and saturated, Chinese entrepreneurs and investors began to explore other markets with socioeconomic similarities.

The Chinese sought to change the perception of “Made in China” to a “Made in China” brand. Entrepreneurs realized that there were opportunities in other emerging countries to bypass rudimentary business models and directly implement new consumer-focused technologies.

China used its learnings to access new emerging markets and leverage its understanding of the dynamics of the large middle classes. India is one of those countries, where the middle class has grown rapidly in recent years and where the technological infrastructure still has much to improve.

In 2016, half of the 1.2 billion Indian citizens were part of the middle class (defined by the University of Mumbai as those citizens with daily consumption of between two and ten dollars) and 680 million had digital access through their mobile phones.

In India, e-commerce, digital payments, and other sectors have benefited greatly – In large part, thanks to the Chinese sensitivity to capture consumption across fragmented industries, it is possible to capture various consumer profiles.

In 2017, giants Alibaba and Ant Financial teamed up to invest $ 680 million in digital payments platform Paytm. This acquisition was a strategic move for two reasons: 1) it was an opportunity to invest in a company with the highest growth forecasts in the electronics market sector and 2) it positioned both companies to capture the needs of the Indian middle class in one digital platform.

The Latin American ecosystem closely resembles that of China ten years ago. Forecasts estimate that by 2020 the Latin American middle class will represent 35% of all households in the region. Additionally, cellular penetration will reach 70% next year, that is, 463 million people will be digitally connected through their telephone devices.

Due to the increase in salaries and connectivity, the region has experienced great growth in technological sectors such as the electronic market, FinTech, or intelligent transport. The growth of these sectors reflects an increase in the demand for these types of services, which offer more convenience and quality of life.

As the middle-class population emerges in Latin America, players in the tech ecosystem must seek competitive advantages that allow them to capture new consumer trends. It is important to take an iterative approach to developing business models adapted to new demographic structures. The entrepreneurial drive in LatAm combined with Chinese experience and methodologies could propel Latin America towards a self-sufficient and technology-oriented economy.

Quality of life: where do you live best?

Malala Yousafzai Ties the Knot In Birmingham: Some Interesting Facts

Time to say goodbye to tobacco

Hydroponic Equipment That You Need to Maximize Yields

HOW CAN YOU INCREASE THE MARKET VALUE OF YOUR PRODUCTS IN...

The health sector is the most attractive for cyber attacks. Are...

5 things you need to know about Mercury in retrograde